XRP Price Analysis: Despite the Turmoil, Ripple Soars 20% Against BTC in a Week

Buyers are still determined to defend the level of $ 0.3. The price has tested this support once in the current week.

The price is currently at the Fibonacci level of 0.786 (in blue), which is at $0.3. If the bulls are successful in defending it, then the cryptocurrency might have a shot at moving towards the Fibonacci level of 0.618 at $0.44, which is now a horizontal resistance (in green). However, given the current market condition and overall momentum, this seems like the less likely case. 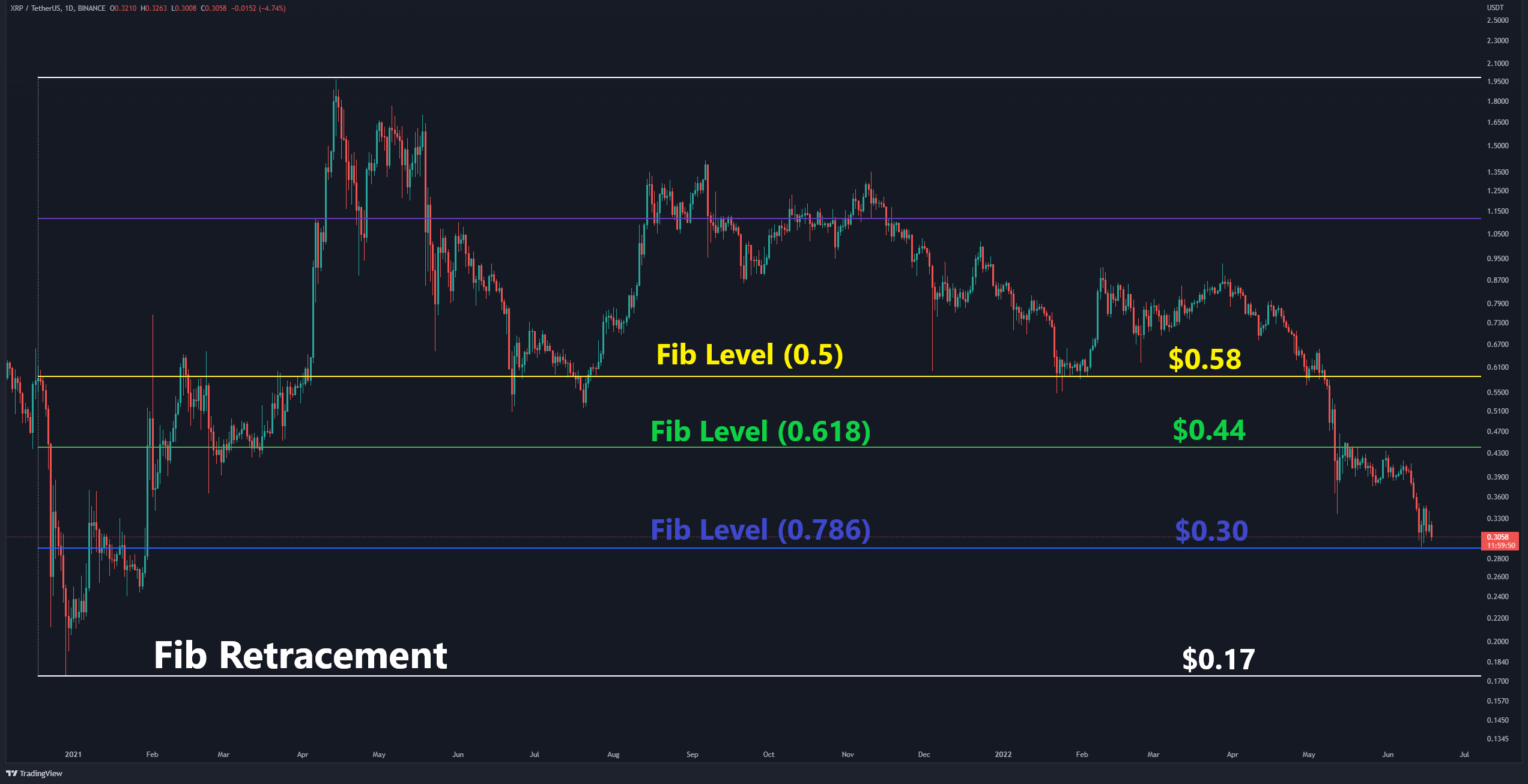 Against BTC, the situation is entirely different. The price has increased by 20% in the last seven days. The bulls are now trying to break the critical resistance in 1550 Sats. If this happens, the next resistance is at 1700 Sats.

On the other hand, if buyers fail to push the price above the mentioned level, XRP may move towards horizontal support at 1250 Sats. Still, it remains to be seen how the bulls will perform in the coming days as market volatility remains sky-high. 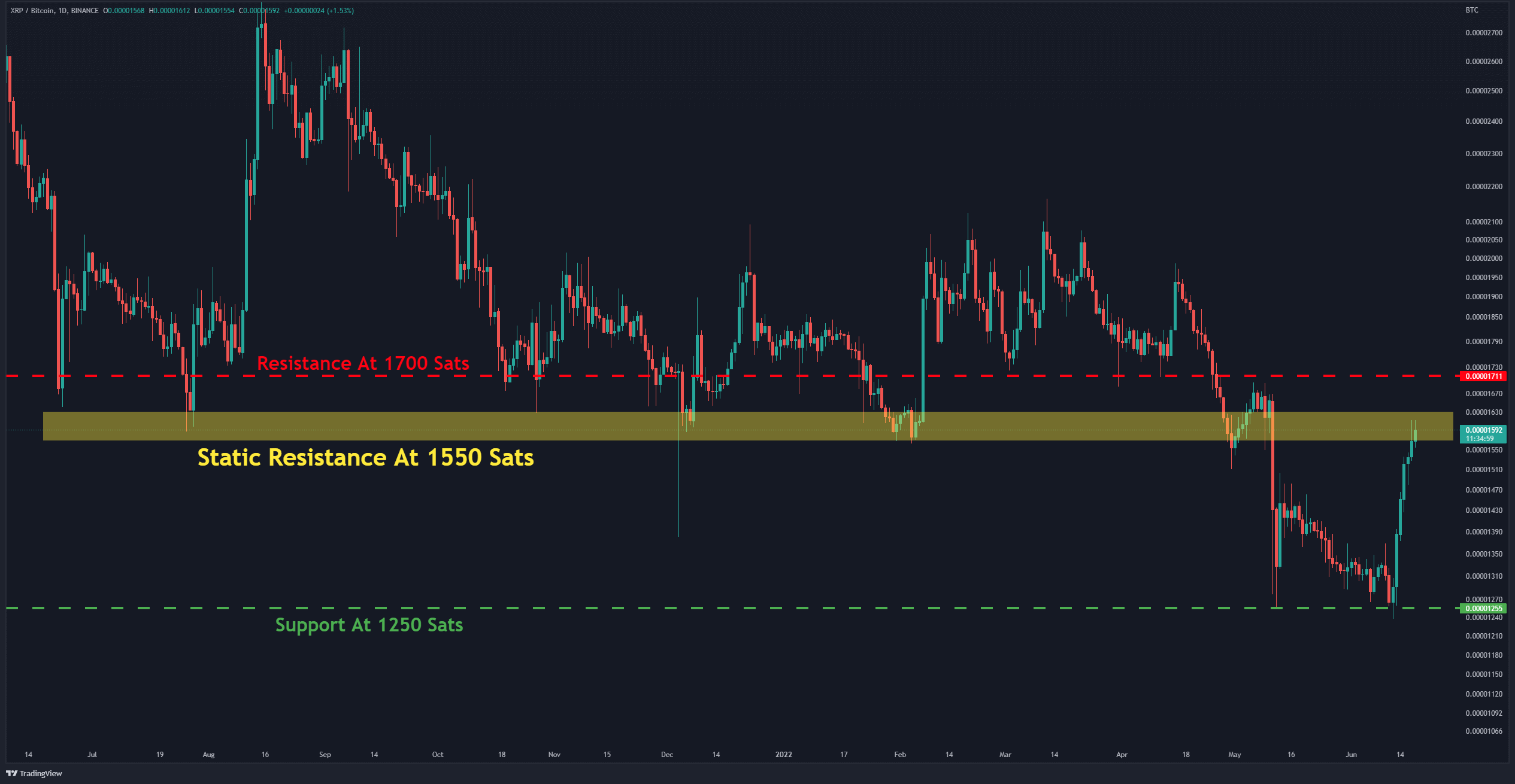 Bitcoin Price Analysis: Here’s The Next Support Below $20K

Ether Drops Below $1K, Dragged Down By BTC Slide