After consolidating above the $37K decisive level for a few weeks, Bitcoin was eventually rejected after another attempt at $40K and plunged below the key support following tremendous bearish momentum. BTC futures market has seen a massive long liquidation due to the recent bearish leg.

Many retail investors have been buying Bitcoin around the $37K range, resulting in a lot of liquidity (sell stops) below the threshold level. The market is now grabbing the resting liquidity, and the $30K substantial demand zone might be the next major support area to be tested.

On the other hand, the RSI indicator has crossed into the oversold territory. This might result in a short-term rebound that will form a lower high, indicating the start of a new bearish trend. 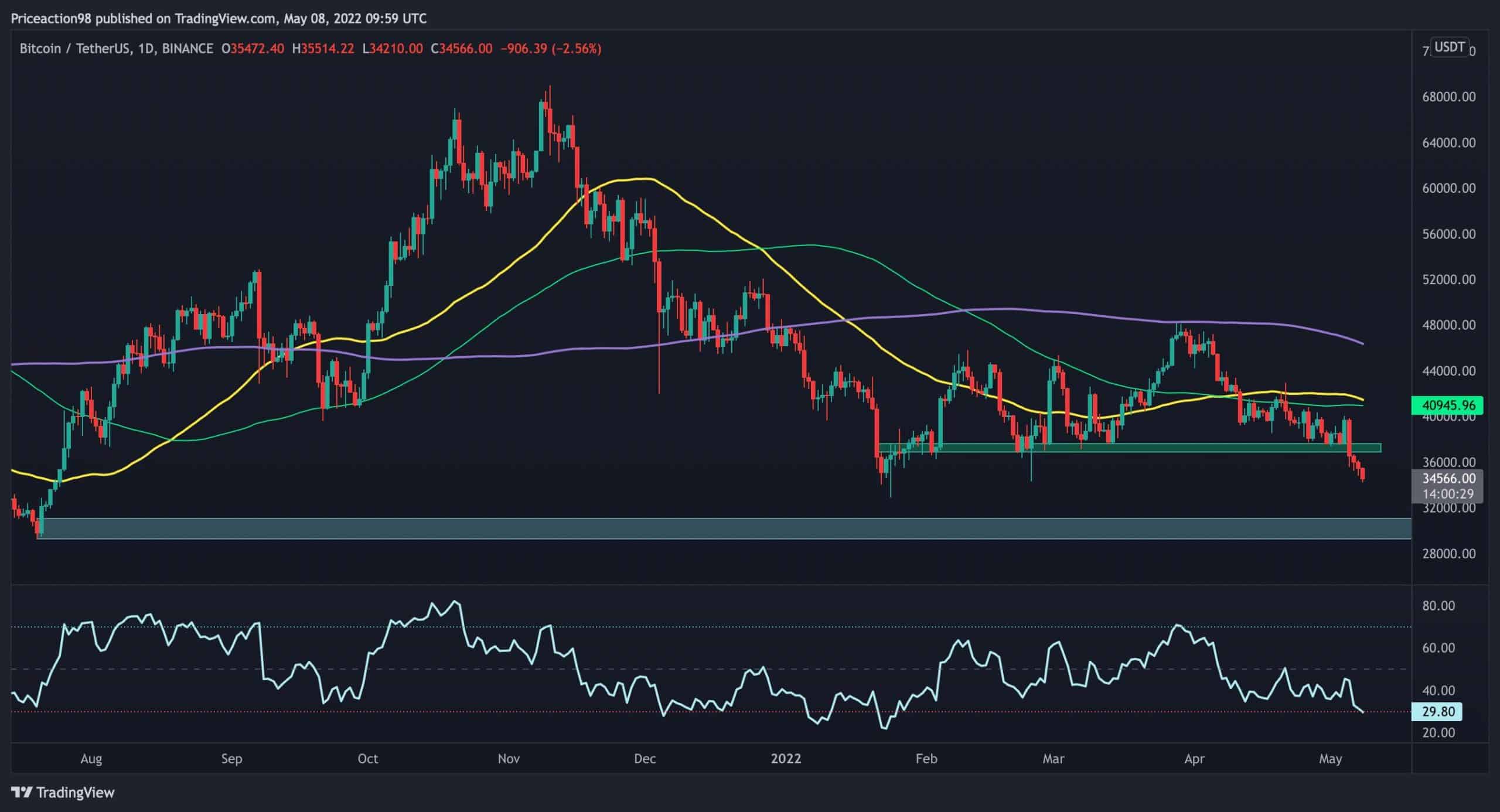 Corrections always accompany a healthy rally. Bitcoin has been forming a continuation correction flag pattern after a huge bearish move starting at $69K (the ATH recorded on Nov 21), and last week it broke down the lower trendline of the mentioned flag. This strongly confirms the next bearish leg, into the $30-33K demand zone.

The price has hit the previous daily low and is expected to close below it, forming a new lower low and recording the lowest daily candle close since July 2021 (in case $35K won’t get reclaimed). 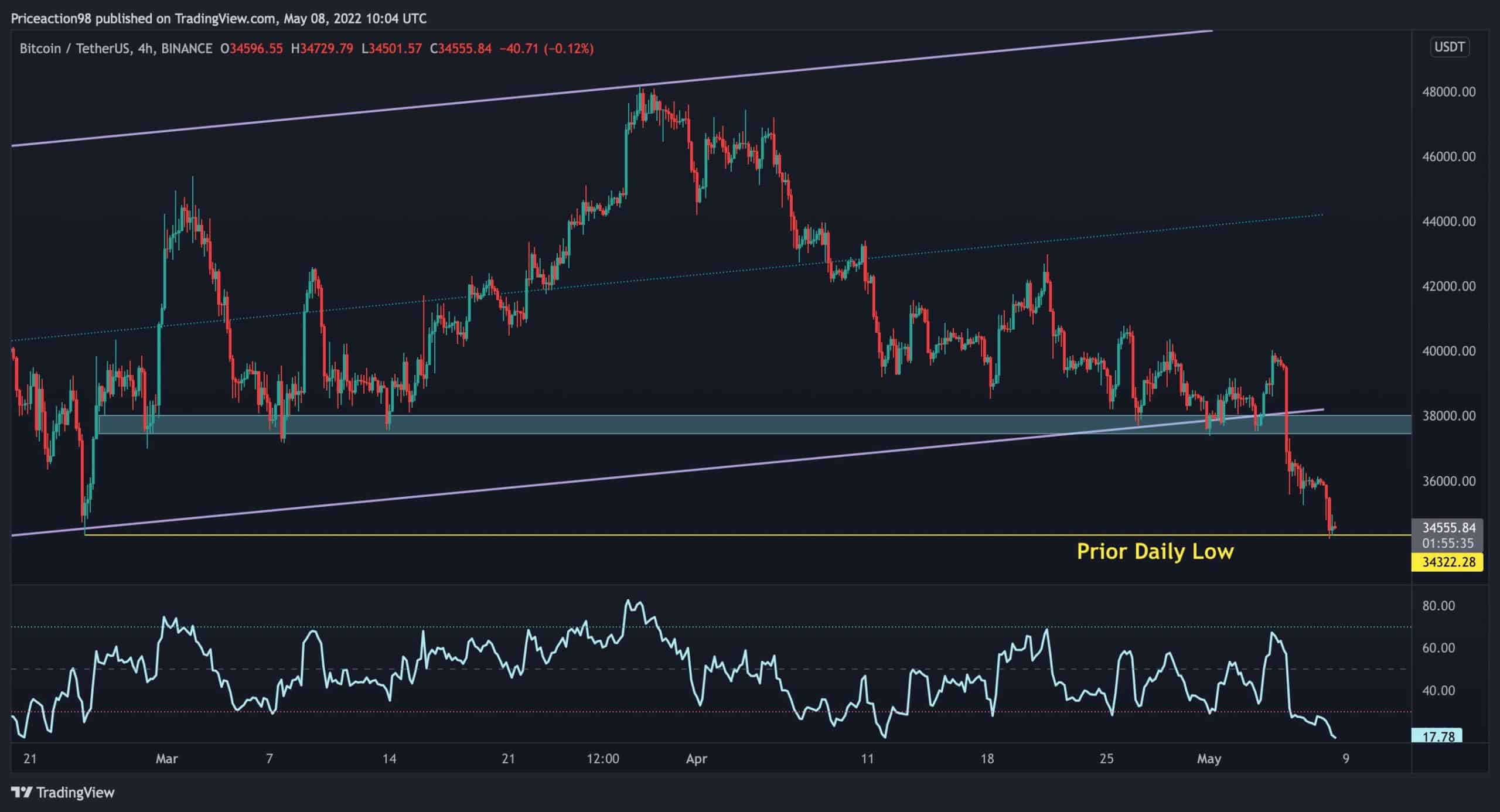 The Miners’ Position Index (MPI) is calculated by dividing the total number of miners’ outflows in USD by the 365-day moving average. Higher values indicate that miners are sending more coins than usual, which likely results in a sell-off.

Miners had been accumulating Bitcoin since July 2021, as can be seen on the following chart, but as the price climbed beyond $49K, the MPI indicator surged and hit a local high, indicating selling pressure from Miners. Following that, both the price and the MPI indicator started to decline. Miners are currently selling their reserves at a moderate pace, which is anticipated during this bearish leg. 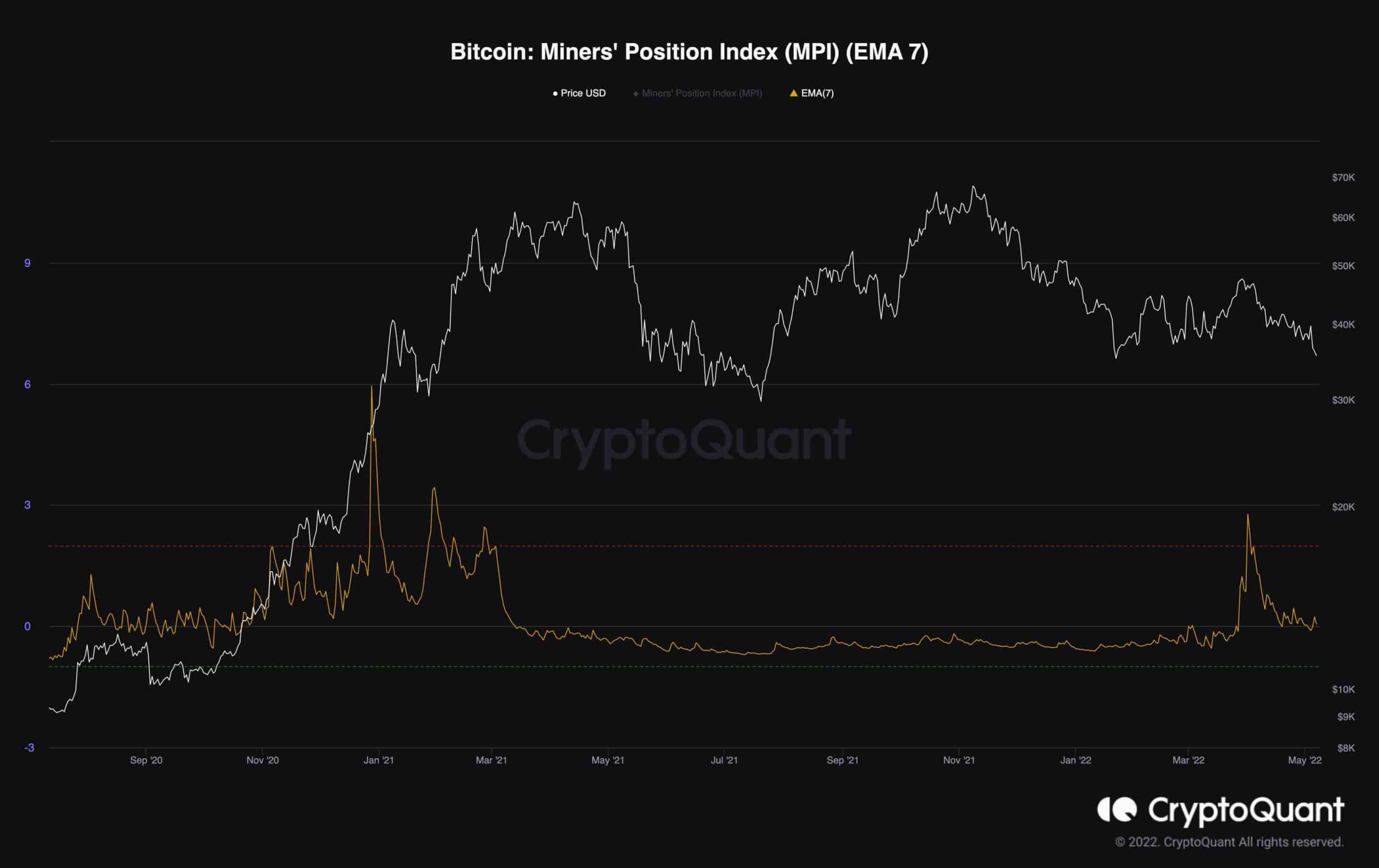 Delphi Digital Explains How the LUNA-UST Fiasco Harmed the Firm