Ripple Price Analysis: This is the Key Level XRP Must Break to Turn Bullish

More than a 15% price increase in just four days has created optimism among XRP holders. Once again, the bulls were able to defend the support at $0.3 and aimed to reverse the trend by breaking above the critical resistance. But despite the optimism, the mission will not be that easy.

On a daily timeframe, buyers pushed the price towards the short-term horizontal resistance at $0.4, trying to break the significant level in their third attempt.

This time, the 14-day RSI indicator entered the bullish territory and broke above the baseline. This indicates that the bulls have gained relatively more power than before.

XRP is currently struggling with resistance at the 50-day moving average (marked in yellow). A breakout, if occurs, will be the first time since March 9, 2022. However, consolidating above the critical resistance at $0.48 – $0.52 is the first step before a possible reversal occurs.

Binance Gets In-Principal Approval to Operate in… 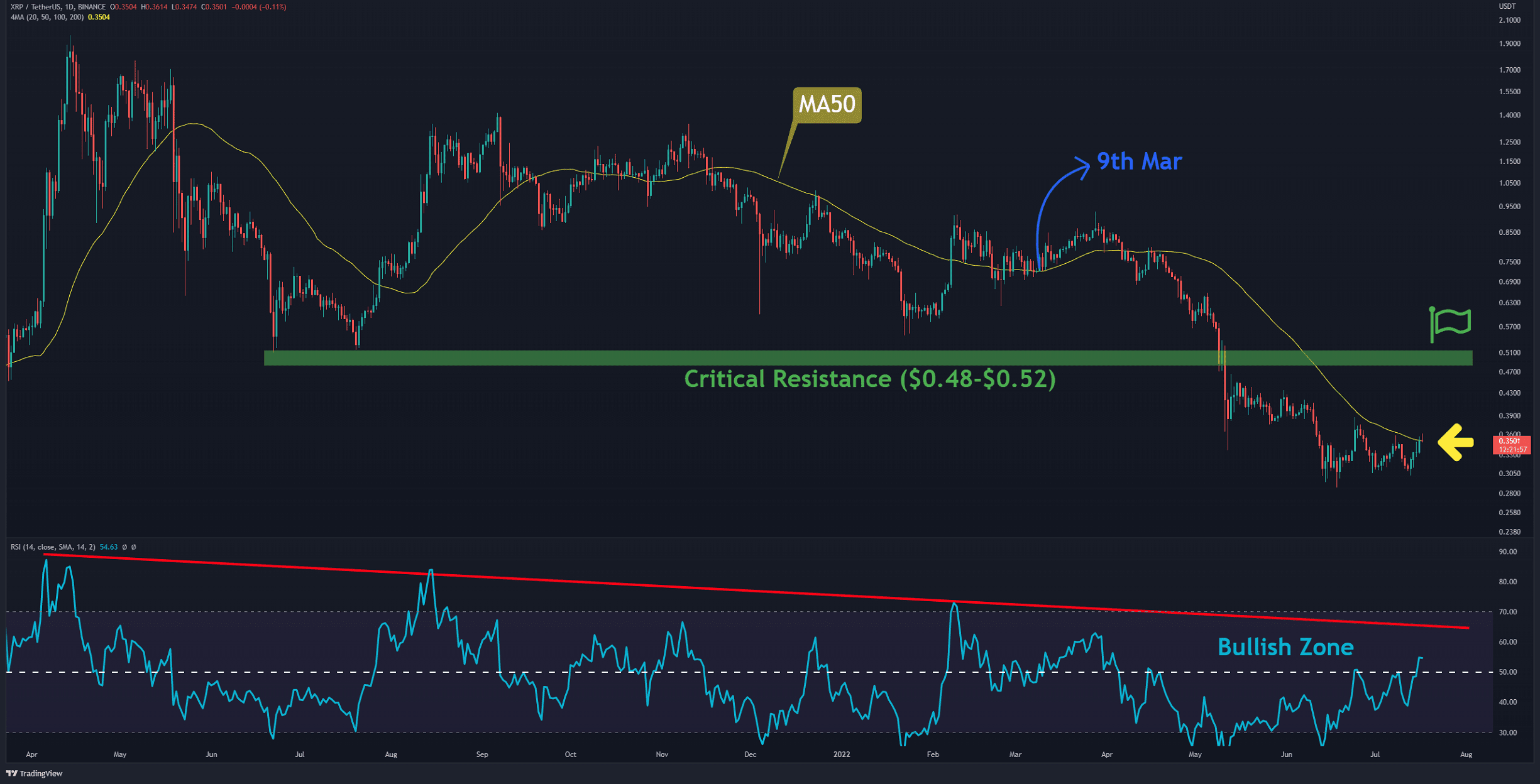 The XRP/BTC is trading below the yellow descending line that has prevented a price recovery on five different attempts. To initiate a rally, buyers must first defend the support at 1500 SATs (in green) and then gain enough momentum to push above the 1700 – 1800 SATs resistance zone (in red). 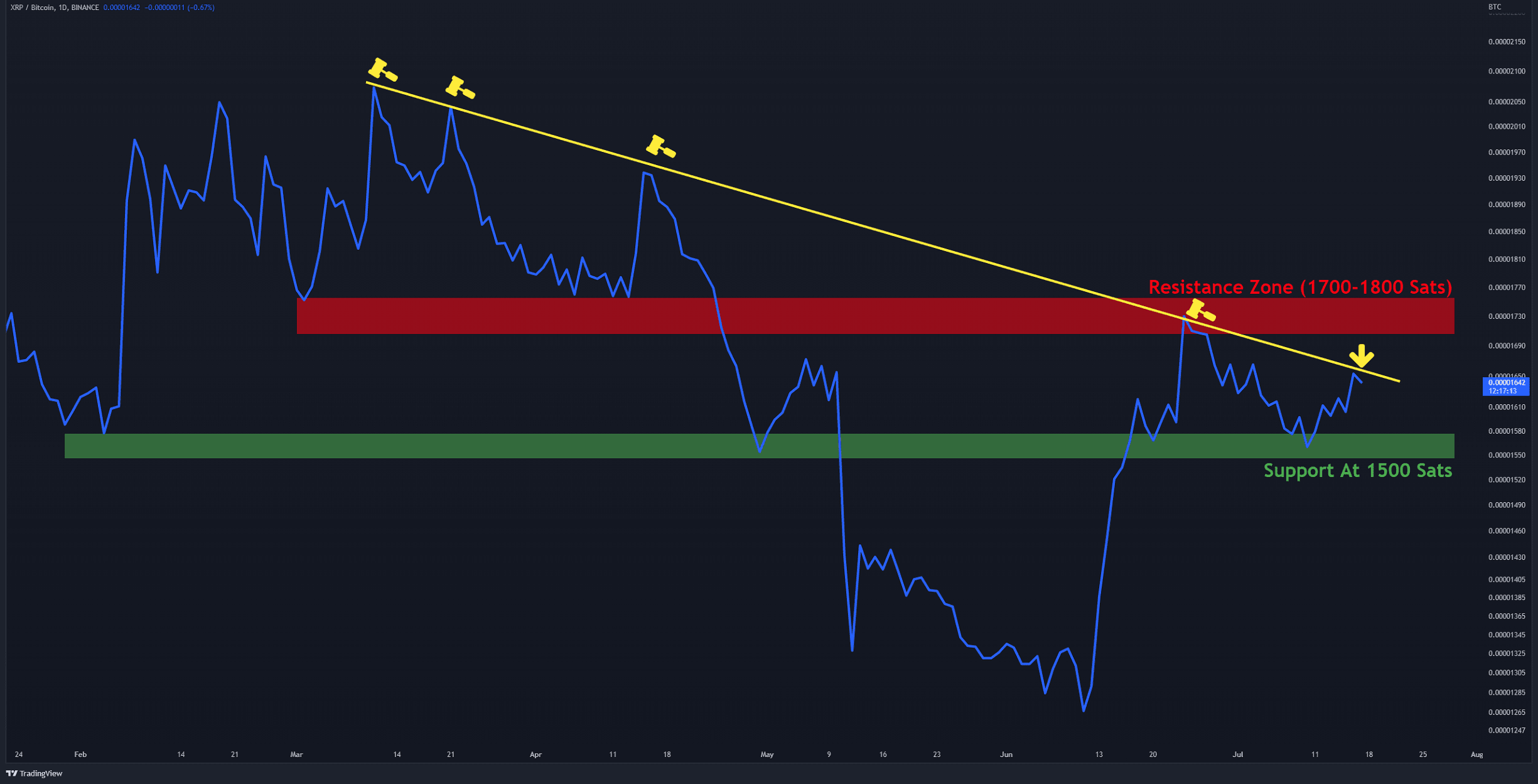 Binance Gets In-Principal Approval to Operate in Kazakhstan