RainbowDAO Protocol is a multi-chain DAO infrastructure service protocol, focusing on the creation of web3 basic components. Anyone can create and manage their own DAO organization through RainbowDAO Protocol, including independent DAO, alliance DAO, parent DAO, and child DAO. Any DAO can also create a management department within the DAO to achieve multi-level management of the organization.

There are two versions of RainbowDAO Protocol, Solidity version on EVM and Ink! version on WASM. The Solidity version is mainly deployed on Ethereum, BSC, Polygon, Avalanche, Fantom, and various L2 networks; the Ink! version is mainly deployed on the parallel chains on the Polkadot and Kusama relay chains, as well as other blockchains developed with the substrate framework. 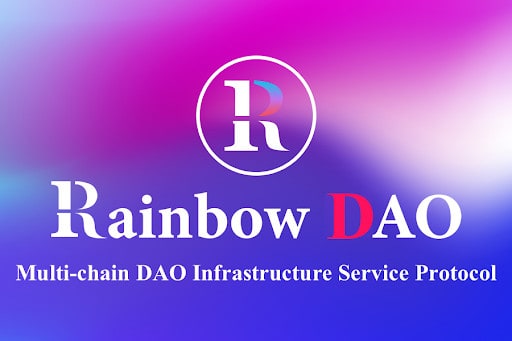 What is Gitcoin Grant?

Bitcoin Price Analysis: Despite the Impressive…

Gitcoin is the community of builders, creators, and protocols at the center of open web ecosystems. Gitcoin is on a mission to build an internet that is open source, collaborative and economically empowering.

As of December 15, 2021, the number of RainbowDAO grant contributors reached 4000, and its matching quadratic score reached 25000 US dollars, reaching the highest matching value for a single project in the main round. It is one of the most popular projects in Grant 12. All users who participate in grant donations can join the RainbowDAO governance token IDO whitelist first.

Rainbowcity Foundation is a non-profit foundation initiated and founded by Mr. Kunyuan. Headquartered in Singapore, Asia. It mainly engages in the incubation and investment of the crypto ecosystem. Mr. Kunyuan himself is a loyal fan of Bitcoin and a believer of Satoshi Nakamoto, dedicated to the spread of Satoshi Nakamoto’s decentralized ideas.

He once put forward the concept of “Bit Civilization” for the first time in the world in July 2021 at the Bitcointalk Forum established by Satoshi Nakamoto, and wrote more than 60 articles to popularize the idea of Bitcoin, hoping to promote the development of the encryption industry worldwide and practice the true Bitcoin spirit.

Bitcoin Price Analysis: Despite the Impressive Correction, Fear is Still Around

Bitcoin’s Price Could Surpass $1 Million in the Next Decade, Says ARK Invest